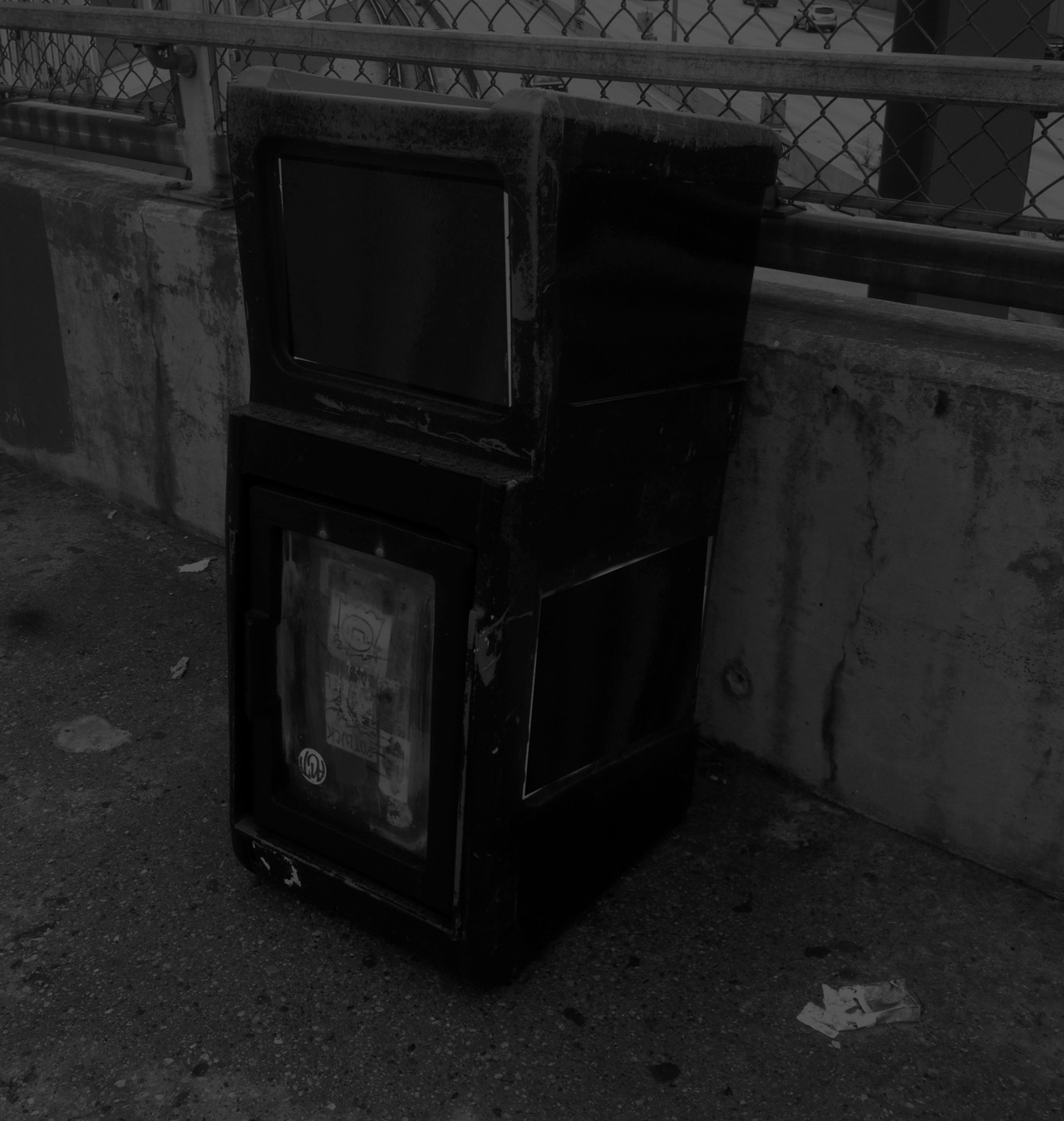 Dead Sun is a publication and art project by Christoper Smith which is distributed in abandoned newspaper kiosks. It uses surplus print media to articulate visions of a future. While Smith wrote for the first issue, other issues since have featured heavy collaboration with artists such as Lama Altakruri.

Mechanical Soft Press had a phone conversation with Smith to talk about independent publishing in the context of an art practice, artist run venues, and reconstructing ideas of ownership. The following is an edited excerpt which has been transcribed and may be listened to in its audio form as well below.

For me, in my own practice, I have done some research thinking about trash, like how is trash made? And even if it's something's called trash, it doesn't mean it's free. You know? Are you familiar with the term usufruct?

The basic definition is the right to work another's property for your own benefit as long as it doesn't destroy that property. And so that's a guiding principle of the project, I don't own these newspaper boxes.

Maybe the owner doesn't really care. It could be a newspaper that doesn't exist anymore. So, I'm taking this property, it's not mine, and I'm using it, but I'm not damaging it. And so I feel like a lot of this material, so many things in the world we live in, should be a commons. Like the public can make it, you know, and we should be able to make it with materials and at spaces that we don't own, and we should have the resources to do that. And yeah, we don't really live in that world.

Right. Yeah, for sure. It's just, it's such a boring way to live. This idea of ownership. I find it really destroys the imagination, because it really does, I think, shape thinking that certain things can only happen in certain spaces at certain times.

I don't know. I mean, it's probably like very utopian. I mean, that's kind of the point of the project is to make a space to exercise this kind of thinking and this kind of imagination. Not to make any blueprint for a perfect world, but to begin thinking about what is kind of every day and in front of us. But within that holds a kind of new way to look at the situation and think through other ways of being a human being in the world, and trying to make art with other people. And like to share it with other people. I guess that's really basic, but something like that, I don't know.

Okay, I think I just have one other question for you, which is...it's about the aesthetics of utopia and the aesthetics of dead sun time. And why does this depiction of utopia seem so grim? Why is it so saturated with death and what feels like something that's the antithesis of utopia?

Yeah. What is it exactly that you find grim?

Well, the death components, I guess? DEAD sun, it's a black sun, which represents basically the end of existence. It's like it's the extinguishing of life. And then also the photograph of Golden Corridor is a very foreboding. You know, it's like this kind of cloudy, stormy sky and then like a black and white high-contrast image, and images of decay.

Well, I mean, the Dead Sun name is like, it's kind of funny, but for me, I was kind of thinking of it as like the end of a certain way of seeing, you know? Like the sun is a thing that provides a kind of vision. So that ending and then a new way of seeing kind of opening up. And you know, dead suns, those are the seeds of life.

Right, so it's like the end of an era is always the beginning of a new era. I mean, obviously, I recognize there's some humor involved in this also. But I just think it's a kind of interesting anti-aesthetic to the ways that utopia is typically depicted in media.

Oh OK, right. Yeah, yeah, no for sure. Yeah, which I think is fine, because it's like, any utopia that has some gleaming, polished vision of it usually turns out to be pretty fucked up. So, it's not that I'm trying to do any gritty, real thing, you know? Like I'm attracted to aesthetically what I'm attracted to for a number of reasons.

I'm a really boring graphic designer. I don't really have any very good graphic design skills. I like Helvetica. I like the logo because you can almost put it on anything too, you know? And be like "oh, this is a Dead Sun thing now". You know, like I just put a black circle sticker on it. It's like Target or something.

Yeah, I read a few years ago. It's an old article but I like that kind of idea. I like old amateur but modernist publishing styles, you know? I mean, and to a certain extent it's informed by the kind of materials I have and access I have to the types of printing tools that I have. This project really does come out of a material practice, like a material studio practice. Because I've been working with paper a lot, doing paper making and stuff like that, so I had a stash, a huge stash of paper. So just working with what kind of good print quality that I can get with some different found papers.

What lends itself well is high contrast, black, on like a weird old piece of scrapbook paper—you're not going to get a good inkjet print out of it that's not just like one or two colors. So, it's informed by the kind of materials that I have to work with, as well as my taste and my technical limitations as a designer.

You know what I realized too? It does really come from organizing artist run places. Like for me, it's like an artist run space. You know what I mean? I know, because we've done shows together, I know that you know that feeling—you organize an art show, and like twelve people show up.

So I kind of feel in a way it's the same thing, because I have more or less about the same number of followers, like people that actually go and get the thing. But what's kind of cool about this is it has a different kind of duration though. Because a lot of people also hit me up and they'll be like "oh, I really want a copy" and I'll mail them copies and stuff. 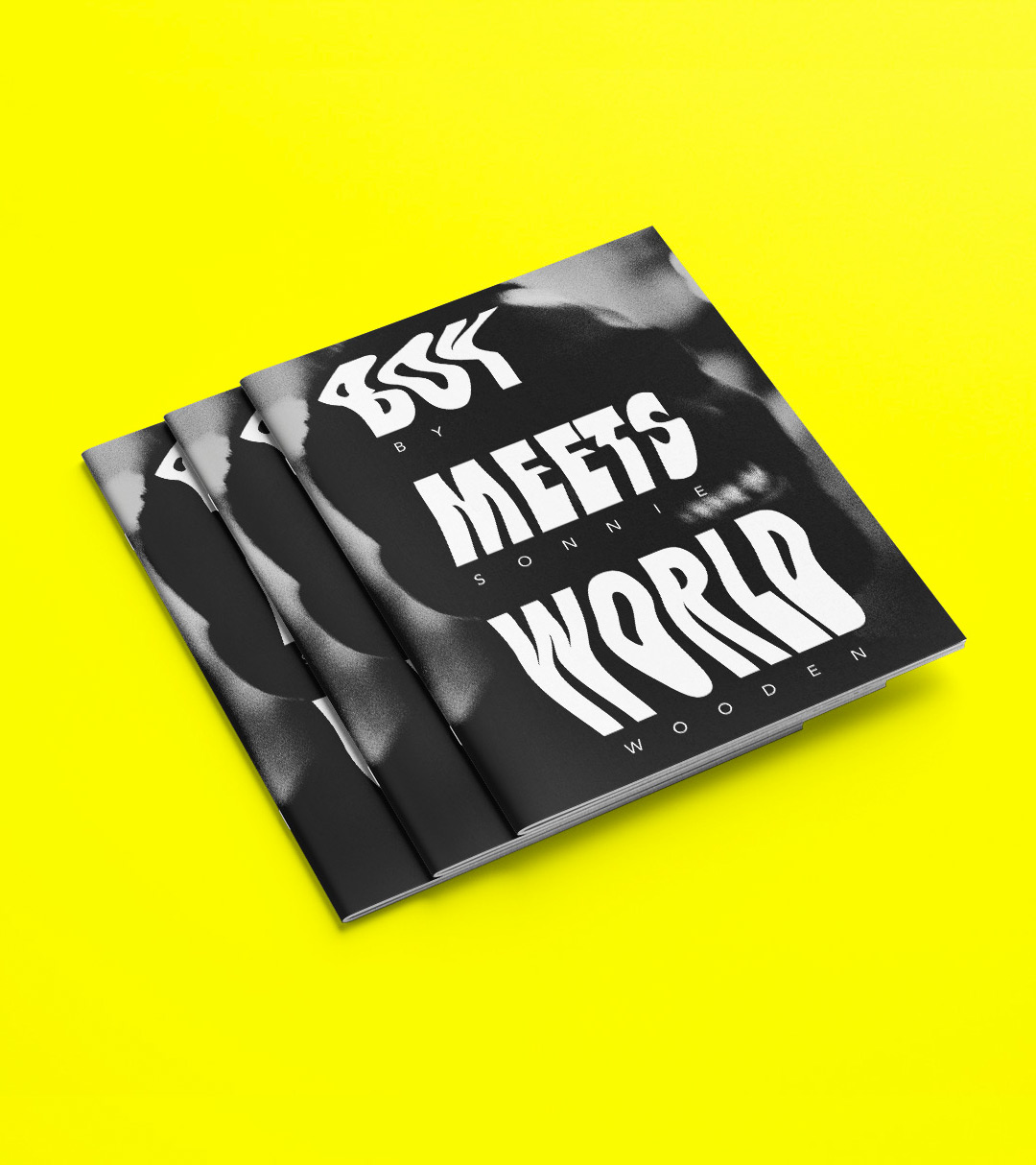 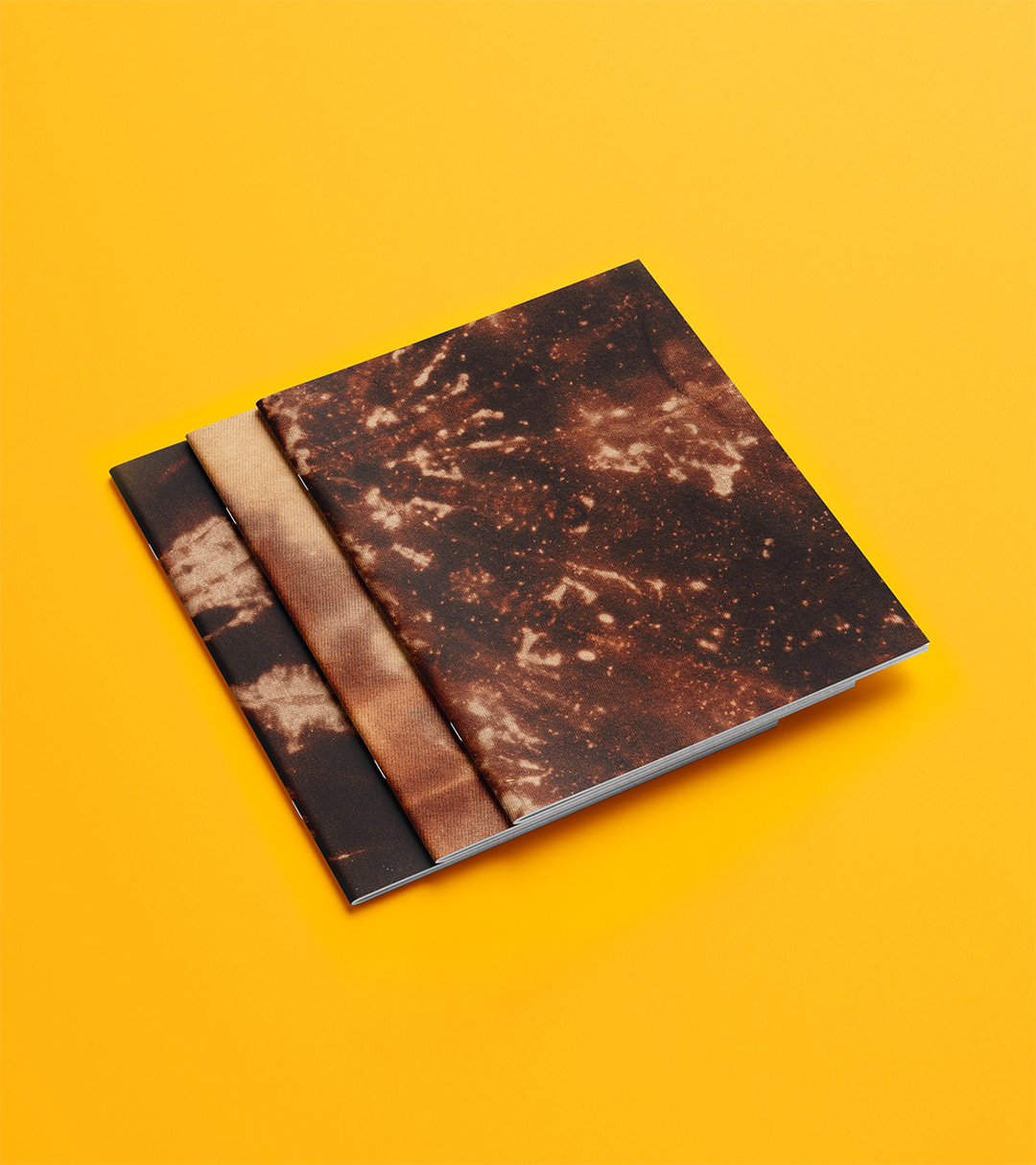